Daniel James Moody Jr. (1893 – 1966). American politician from the Democratic party. Originally from Taylor, Texas, he served as the 30th Governor of Texas between 1927 and 1931. At the age of 33, he was elected and took office as the youngest governor in Texas history. After his two terms as Governor, he returned to private law practice and continued to prosecute and represent various functions of the United States government through his later life.

- "In 1925, Dan Moody was a thirty-two-year-old red-haired straight arrow who had built a reputation prosecuting Ku Klux Klansmen."  https://books.google.it/books…


- "Red-haired Dan Moody was the youngest man to become governor of the state of Texas up to that date."  https://books.google.it/books…

- "He was tall, with slightly wavy red hair and an expression in his eyes that, in old photographs at least, is combatively direct."  https://books.google.it/books… 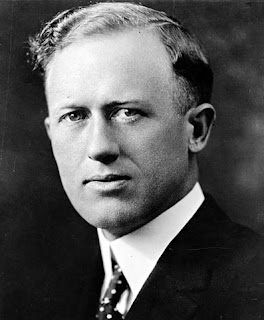