Elissa Landi (born Elisabeth Marie Christine Kühnelt, 1904 – 1948). Italian-born Austrian-American actress and novelist who was popular as a performer in Hollywood films of the 1920s and 1930s. She was noted for her aristocratic bearing.
She was born in Venice to Austrian military officer Richard Kühnelt and his wife Caroline. She was raised in Austria and educated in England.
During the 1920s she appeared in British, French and German films before travelling to the United States to appear in a Broadway production of A Farewell to Arms. She was signed to a contract by Fox Film Corporation (later 20th Century Fox) in 1931.
She was paired successfully with some of the major leading men, including David Manners, Charles Farrell, Warner Baxter and Ronald Colman.
Her contract with Fox was abruptly cancelled in 1936 when she refused a particular role. Metro-Goldwyn-Mayer signed her, and after a couple of romantic dramas, she played the cousin of Myrna Loy in the very popular After the Thin Man (1936). She retired from acting in 1943, after making only two more films.
Landi became a naturalized U.S. citizen in 1943, and dedicated herself to writing, producing six novels and a series of poems.


- "She is red-haired, green-eyed, stands five feet five, and never has to worry about her weight."  https://archive.macleans.ca/artic…/…/12/1/no-lady-of-leisure

- "Elissa was petite in size with green eyes, reddish-gold hair and an unusual face..."  https://books.google.it/books… 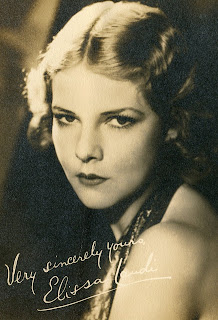 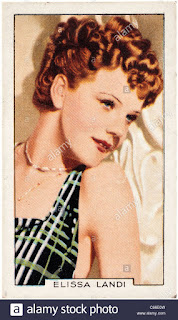 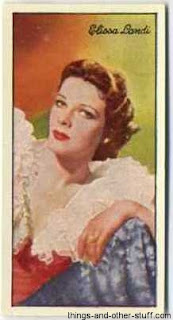