Penny Singleton (born Mariana Dorothy McNulty, 1908 – 2003). American actress. During her 60-year career, Singleton appeared as the comic-strip heroine Blondie Bumstead in a series of 28 motion pictures from 1938 until 1950 and the popular Blondie radio program from 1939 until 1950. Singleton also provided the voice of Jane Jetson in the animated series The Jetsons from 1962–1963 and 1985–1987.
Behind the scenes, Singleton served two terms as president of the American Guild of Variety Artists (AGVA), and testified before a Senate subcommittee in 1962 on the union's treatment of women variety workers.


- "Chicago remembers her as the hazel-eyed girl with red-brown hair who sang “Mimi” in “La Boheme” for the Chicago Civic opera."  http://yowpyowp.blogspot.com/2012/09/jane-his-wife.html

- "Singleton was a red haired actress had been nicknamed “Penny” since childhood. She bleached her hair for the Blondie role and took the last name of her first husband, Laurence Singleton."  http://www.jimramsburg.com/bloonndee-audio.html

- "Penny Singleton, a former dancer who had changed her name from Dorothy McNulty, dyed her naturally auburn hair in order to play the title role."  https://books.google.it/books… 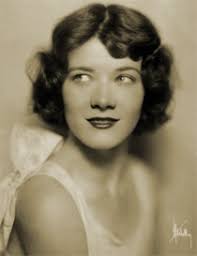