On 15 August 1942 Winston Churchill saw her in Stalin's private apartments in the Kremlin, describing her as "a handsome red-haired girl, who kissed her father dutifully." 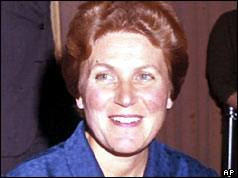