Frank Fay (born Francis Anthony Donner; 1891 –1961). American vaudeville comedian and film and stage actor of Irish origins. For a time he was a well known and influential star, but later fell into obscurity, in part because of his abrasive personality and fascist political views. He is considered an important pioneer in stand-up comedy. He played the role of "Elwood P. Dowd" in the Broadway play Harvey by the American playwright Mary Coyle Chase. He is best known as actress Barbara Stanwyck's first husband. Their troubled marriage is thought by some to be the basis of the 1937 film A Star Is Born, in which the previously unknown wife shoots to stardom while her husband's career goes into sharp decline.

- "With his tousled red hair, his pale blue eyes and his rambling tongue, Fay is as Irish as someone out of The Dubliners." https://books.google.it/books…

- "I want two children, a little boy with red hair as Frank's and a little girl." https://books.google.it/books… 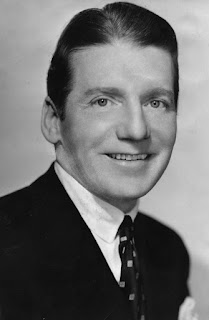