Maureen Paula O'Sullivan (1911 – 1998). Irish-American actress.
O'Sullivan was born in Boyle, County Roscommon. She attended a convent school in Dublin, then the Convent of the Sacred Heart at Roehampton (now Woldingham School), England. One of her classmates there was Vivian Mary Hartley, future Academy Award-winning actress Vivien Leigh.
O'Sullivan's film career began when she met motion picture director Frank Borzage, who was doing location filming on Song o' My Heart for 20th Century Fox.
In 1932, she signed a contract with Metro-Goldwyn-Mayer. After several roles there and at other movie studios, she was chosen by Irving Thalberg to appear as Jane Parker in Tarzan the Ape Man, opposite co-star Johnny Weissmuller. She was one of the more popular ingenues at MGM throughout the 1930s and appeared in a number of other productions with various stars. In all, O'Sullivan played Jane in six features between 1932 and 1942.
She played another Jane in Pride and Prejudice (1940) with Laurence Olivier and Greer Garson (directed by Robert Z. Leonard).
O'Sullivan's first husband was the Australian-American writer, award-winning director and Catholic convert John Villiers Farrow, from 12 September 1936 until his death on 28 January 1963. She and Farrow were the parents of seven children, included actress Mia Farrow. When Mia Farrow became involved with Woody Allen both professionally and romantically, O'Sullivan appeared in Hannah and Her Sisters, playing Farrow's mother. She had roles in Peggy Sue Got Married (1986) and the science fiction oddity Stranded (1987).
O'Sullivan married James Cushing, a wealthy businessman, on 22 August 1983; they remained wed until her death in 1998.

- “On one beautiful autumn day, I met Maureen O’Sullivan as she collected colorful leaves along the road. She introduced herself to me as ‘Mrs. Cushing,’ and I remember specifically her lovely personality and gorgeous auburn, red hair." http://eastmanliving.com/…/…/you-tarzan-she-jane-in-eastman/

- "Red-haired actress who played Jane in 1930s Tarzan movies, including Tarzan the Ape Man and Tarzan and His Mate." https://celebstrendnow.com/maureen-osullivan-net-worth/ 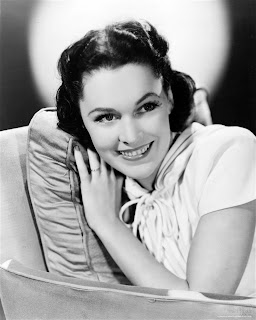