Eileen Evelyn Greer Garson (1904 - 1996). British-American actress, popular during the Second World War, being listed by the Motion Picture Herald as one of America's top-ten box office draws from 1942 to 1946.
A major star at Metro-Goldwyn-Mayer during the 1940s, Garson received seven Academy Award nominations, including a record-tying five consecutive nominations for acting, all in the Best Actress category (1940–1945), winning the award for Mrs. Miniver (1942).

"It was filmed in Technicolor and audiences had their first chance to see Greer's flaming red hair." 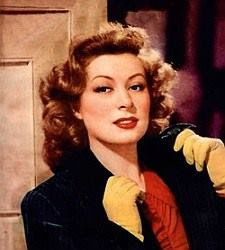 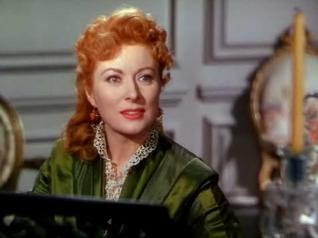