Dylan Thomas (1914 – 1953). Welsh poet and writer, whose works include the poems "Do not go gentle into that good night" and "And death shall have no dominion"; the 'play for voices' Under Milk Wood; and stories and radio broadcasts such as A Child's Christmas in Wales and Portrait of the Artist as a Young Dog. He became widely popular in his lifetime and remained so after his premature death at the age of 39 in New York City. By then he had acquired a reputation, which he had encouraged, as a "roistering, drunken and doomed poet".
Although Thomas wrote exclusively in the English language, he has been acknowledged as one of the most important Welsh poets of the 20th century. He is noted for his original, rhythmic and ingenious use of words and imagery. His position as one of the great modern poets has been much discussed, and he remains popular with the public.
Below, you can see his portrait made by Augustus John. 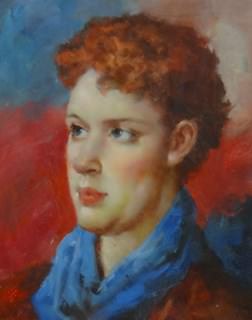 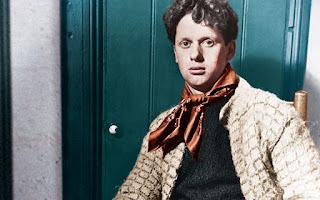