Virginia Hall Goillot MBE (1906 – 1982) American spy with the British Special Operations Executive during World War II and later with the American Office of Strategic Services and the Special Activities Division of the Central Intelligence Agency. The Gestapo reportedly considered her "the most dangerous of all Allied spies".

- "Her name was Virginia Hall. She was a tall woman with bright red hair, an artificial foot, which she named Cuthbert, and a remarkable ability to improvise." http://spartacus-educational.com/SOEhall.htm


- "Among other feats, the 'tall woman with bright red hair' would orchestrate covert missions designed to derail freight trains..." https://books.google.it/books…

- "Hall was a very striking woman who once you had seen you would never forget, for she had red hair and an artificial foot." https://books.google.it/books… 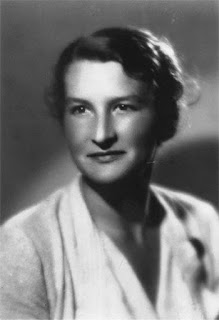