Kurt Eisner (1867 – 1919). German journalist and theatre critic. As a socialist journalist, he organised the Socialist Revolution that overthrew the Wittelsbach monarchy in Bavaria in November 1918. He is used as an example of charismatic authority by Max Weber. He proclaimed the Free State of Bavaria. He was assassinated in Munich by a German nationalist on 21 February 1919.

- "A red-haired Jew, he possessed a magnetic and artistic temperament, and had various special methods of arousing and restraining the revolutionary masses, including orchestral and vocal concerts of high excellence in the formerly royal theatres and the opera house of Munich." https://en.wikisource.org/…/1922_Encyclop%C3%A…/Eisner,_Kurt


- "There were no trains running so we got in touch with Kurt Eisner, the little red-haired Marxist who at the time was czar of Bavaria, and who a few weeks later was assassinated." https://www.americanheritage.com/…/%E2%80%9Cgood-evening-ev… 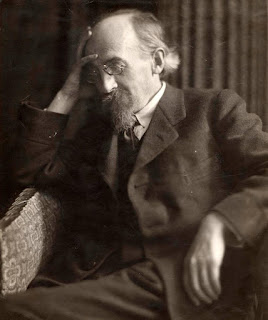