Moira Shearer, Lady Kennedy (1926 – 2006). Internationally renowned British ballet dancer and actress. She achieved international success with her first film role as Victoria Page in the Powell & Pressburger ballet-themed film The Red Shoes, (1948). Even her hair matched the titular footwear, and the role and film were so powerful that although she went on to star in other films and worked as a dancer for many decades, she is primarily known for playing "Vicky".

- "As he recalled, "here was this apparition with the reddest of red hair, a figure like an hour-glass, blue-green eyes the size of saucers, the prettiest of noses and a most pleasing voice." https://www.telegraph.co.uk/…/ob…/1509410/Moira-Shearer.html

- " Her cloud of red hair, as natural and beautiful as any animal's, flamed and glittered like an autumn bonfire. She had a magnificent body. She wasn't slim, she just didn't have one ounce of superfluous flesh." https://www.scotsman.com/…/moira-shearer-star-of-the-red-sh… 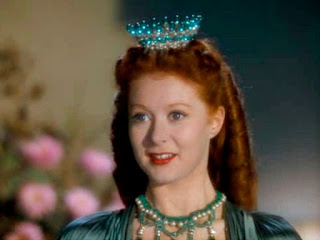