Isabella I of Castile (1451 - 1504). Queen of Castile. Wife of Ferdinand II of Aragon and mother (among others) of Catherine of Aragon, Isabella of Asturias and Joanna of Castile.
Her marriage to Ferdinand II of Aragon became the basis for the political unification of Spain under their grandson, Charles I. After a struggle to claim her right to the throne, she reorganized the governmental system, brought the crime rate to the lowest it had been in years, and unburdened the kingdom of the enormous debt her brother had left behind. Her reforms and those she made with her husband had an influence that extended well beyond the borders of their united kingdoms. Isabella and Ferdinand are known for completing the Reconquista, ordering conversion or exile of their Muslim and Jewish subjects, and for supporting and financing Christopher Columbus's 1492 voyage that led to the opening of the New World and to the establishment of Spain as the first global power which dominated Europe and much of the world for more than a century. Isabella, granted together with her husband the title "the Catholic" by Pope Alexander VI, was recognized as a Servant of God by the Catholic Church in 1974.


"Isabella was short but of strong stocky build, of a very fair complexion, and had a hair color that was between strawberry-blonde and auburn." 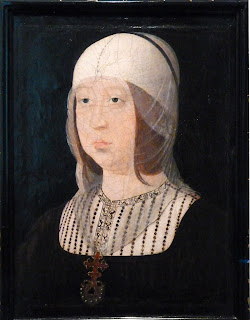 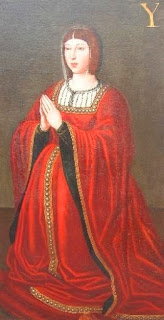 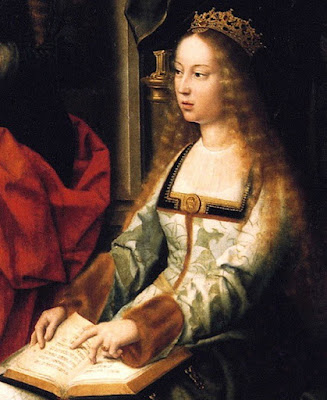 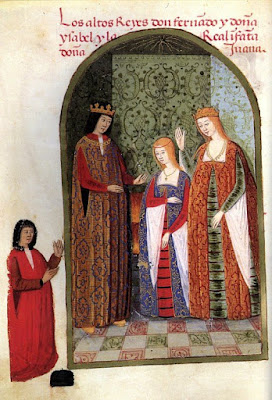 (Isabella and Ferdinand
with their daughter Joanna, c. 1482)