James Cagney (1899 – 1986). American actor and dancer, both on stage and in film. In 1943 he won an Academy Award for his performance in the film Yankee Doodle Dandy.
Orson Welles said of him, "[he was] maybe the greatest actor who ever appeared in front of a camera", and Stanley Kubrick considered him to be one of the best actors of all time.

- "His hair was a Van Gogh, Renoir, Titian red with… gold waving through. His eyes were delft blue, with the longest, thickest lashes I have ever seen. He blinked his eyes at me, and since I had never seen a blink like that before, I instantaneously fell in love." (actress Joan Blondell)" http://www.themave.com/Cagney/article/index.html

- "Once a movie star, it was years before fans knew he had vivid red hair because all of his early films were photographed in black and white. "http://www.tcm.com/…/18928…/Robert-Osborne-January-2008.html 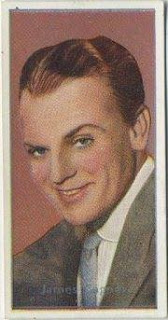 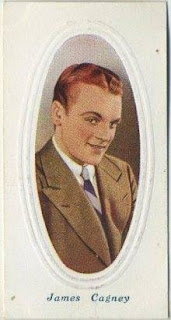