- "She was also a great beauty of the era with her red hair, fresh pale skin and almond eyes. Known as la Belle Florice, she maintained her beauty by keeping to a strict diet of chicken and salad, fruit, dairy products, and water with wine sometimes added." https://en.wikipedia.org/wiki/Anne_de_Rohan-Chabot 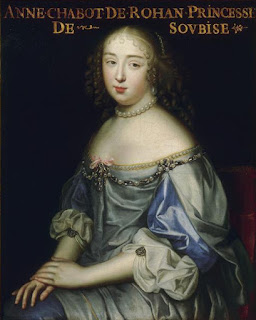