Napoleon Bonaparte (1769 – 1821). French statesman and military leader who rose to prominence during the French Revolution and led several successful campaigns during the French Revolutionary Wars. As Napoleon, he was Emperor of the French from 1804 until 1814, and again briefly in 1815 during the Hundred Days. Napoleon dominated European and global affairs for more than a decade while leading France against a series of coalitions in the Napoleonic Wars. He won most of these wars and the vast majority of his battles, building a large empire that ruled over continental Europe before its final collapse in 1815. He is considered one of the greatest commanders in history, and his wars and campaigns are studied at military schools worldwide. Napoleon's political and cultural legacy has endured as one of the most celebrated and controversial leaders in human history. He was finally defeated by Alexander I of Russia.
Father of Napoleon II.  His second wife was Marie Louise, Duchess of Parma.

On this page http://www.napoleon-series.org/…/napoleon/c_description.html you can find first-hand descriptions of Napoleon and some of them describe his hair as reddish:

- "The hair on his head was not black, but dark reddish-blond; his eyebrows and eyelashes were much darker than the colour of his hair, and his blue eyes, set off by the almost black lashes, gave him a most pleasing expression."
"His very fine chestnut hair, which, until the time of the expedition to Egypt, he had worn long, cut square and covering his ears, was clipped short." 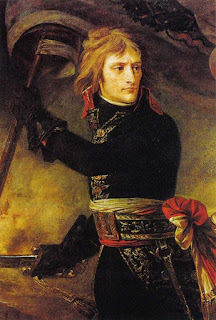 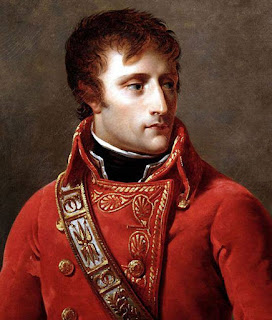 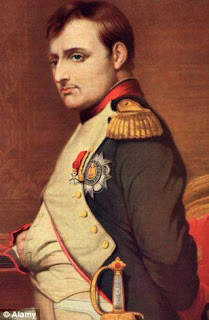 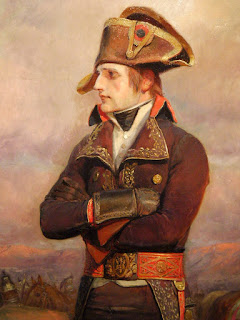