Philip III of Spain (1578 - 1621). Also, as Philip II, King of Portugal, Naples, Sicily and Sardinia and Duke of Milan from 1598. A member of the House of Habsburg, Philip III was born in Madrid to King Philip II of Spain and his fourth wife and niece Anna.
Husband of Margaret of Austria. Father of Philip IV of Spain, Anne of Austria and Maria Anna of Spain.

No references for this one as of yet. Just portraiture to go by, which seems to depict him with blondish hair, possibly tending to ginger. Definitely a tentative addition to the collection, but very much worth taking note of due to the unexpected number of red and fair-haired royals in the Spanish lines. 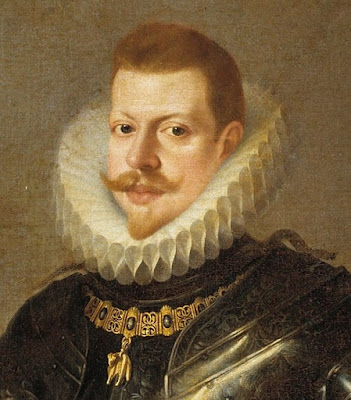 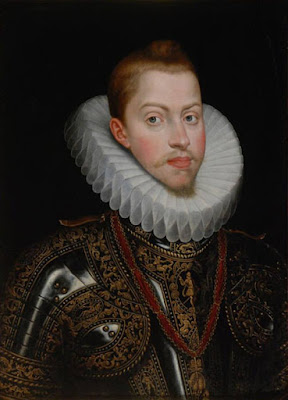 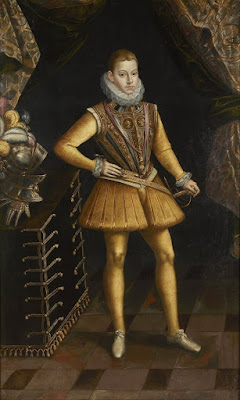