- “In the elegiac Part 3, we get close to Chatterton himself, ''a young man with bright red hair'' whose image has been hovering throughout, bringing courage to the major figures.” http://www.nytimes.com/…/boo…/books-of-the-times-560187.html 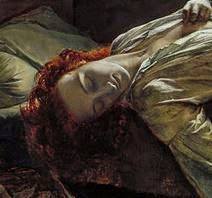