Earl Grant Harrison (1899 – 1955). American attorney, academician, and public servant. He worked on behalf of displaced persons in the aftermath of the Second World War, when he brought attention to the plight of Jewish refugees in a report, commonly known as the Harrison Report, that he produced for President Harry S. Truman.

-"He was described by his contemporaries as "spare-framed, square-jawed, red haired," "a Roosevelt Republican," and "an almost indefatigable worker." https://en.wikipedia.org/wiki/Earl_G._Harrison 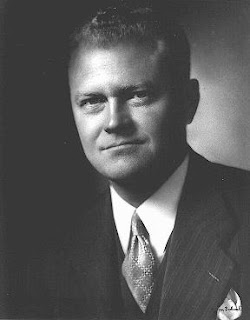