Ernest Loring "Red" Nichols (1905 – 1965). American jazz cornettist, composer, and jazz bandleader.
Over his long career, Nichols recorded in a wide variety of musical styles, and critic Steve Leggett[1] describes him as "an expert cornet player, a solid improviser, and apparently a workaholic, since he is rumored to have appeared on over 4,000 recordings during the 1920s alone."

- "Ernest Nichols, nicknamed ' Red ' because of his red hair..." http://pop-culture.wikia.com/wiki/The_Five_Pennies


- "Born in Ogden, Utah in 1905, Red Nichols was the red-haired son of a music teacher and multi-instrumentalist..." http://original-jazz-history.blogspot.com/…/18-red-nichols-… 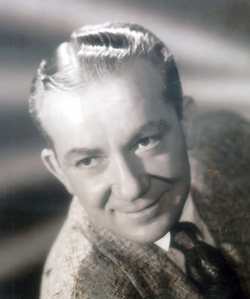 Posted by Emanuela at 08:33 No comments:

- "With her curly red hair and strange Dutch accent she would have stood out in the streets of the small provincial city of Deventer."  https://www.catholicireland.net/etty-hillesum-a-life-trans…/
Posted by Emanuela at 06:12 No comments:

Roger Bonham Smith (1925 – 2007). Chairman and CEO of General Motors Corporation from 1981 to 1990, and is widely known as the main subject of Michael Moore's 1989 documentary film Roger & Me.
Smith seemed to be the last of the old-line GM chairmen, a conservative anonymous bureaucrat, resisting change. However, propelled by industry and market conditions, Smith oversaw some of the most fundamental changes in GM's history. When Smith took over GM, it was reeling from itsfirst annual loss since the early 1920s. Its reputation had been tarnished by lawsuits, persistent quality problems, bad labor relations, public protests over the installation of Chevrolet engines in Oldsmobiles, and by a poorly designed diesel engine.
A controversial figure widely associated with GM's decline, Smith's tenure is commonly viewed as a failure, as GM's share of the US market fell from 46% to 35% and the company lapsed close to bankruptcy during the early 1990s recession. Consequently, CNBC has called Smith one of the "Worst American CEOs of All Time".

- "Standing at medium height and with blond-reddish hair, a ruddy complexion and a rather high-pitched voice, he hardly fit the stereotype of a boardroom tycoon." http://autonews.gasgoo.com/m/Detail/4193.html

- "Of modest height, with a weak voice, wispy red hair and blotchy skin, he looked like the self-effacing accounts clerk he was when he started at GM in 1949." https://www.theguardian.com/…/guardianobituaries.generalmot… 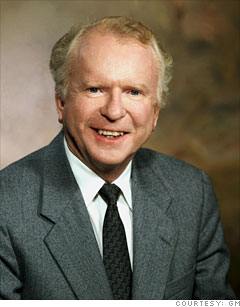 Alfred Pritchard Sloan Jr. (1875 –1966). American business executive in the automotive industry. He was a long-time president, chairman and CEO of General Motors Corporation. Sloan, first as a senior executive and later as the head of the organization, helped GM grow from the 1920s through the 1950s, decades when concepts such as the annual model change, brand architecture, industrial engineering, automotive design (styling), and planned obsolescence transformed the industry, and when the industry changed lifestyles and the built environment in America and throughout the world.
Sloan's memoir, My Years with General Motors, written in the 1950s exemplified Sloan's vision of the professional manager and the carefully engineered corporate structure in which he worked. It is considered one of the seminal texts in the field of modern management education.

- "He had white hair that still showed a tinge of red and the temper that proverbially goes with red hair." https://books.google.it/books… 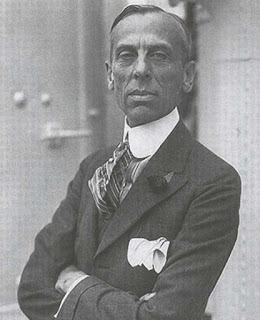 Posted by Emanuela at 02:45 No comments: