Janet Munro (born Janet Neilson Horsburgh; 1934 – 1972). British actress. She won a Golden Globe Award for her performance in the film Darby O'Gill and the Little People (1959) and received a BAFTA Film Award nomination for her performance in the film Life for Ruth (1962).
Munro starred in three Disney films: Darby O'Gill and the Little People (1959), Third Man on the Mountain (1959) and Swiss Family Robinson (1960). Other film credits were roles in The Trollenberg Terror (1958) and The Day the Earth Caught Fire (1961).
She was the daughter of Scottish comedian Alex Munro (real name Alexander Neilson Horsburgh) and his wife, Phyllis Robertshaw. She used her father's stage name professionally.

She was the first adult actress to be given a five-year contract by Walt Disney and the first English TV star to be importet by Hollywood. 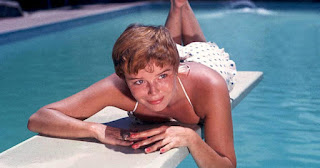 Posted by Emanuela at 13:05 No comments:

Nancy Walker (born Anna Myrtle Swoyer, 1922 – 1992). American actress and comedian of stage, screen, and television. She was also a film and television director. During her five-decade-long career, she may be best remembered for her long-running roles as Mildred on McMillan & Wife and Ida Morgenstern, who first appeared on several episodes of The Mary Tyler Moore Show and later became a prominent recurring character on the spinoff series Rhoda.

Her last film was Murder by Death (1976), where she starred together with two other red-haired actresses, Maggie Smith and Elsa Lanchester.
- The caustic, diminutive Walker (in a gray wig, a rare departure from her signature red hair)..." https://neptsdepths.blogspot.com/.../oh-what-character...
- "A long-faced, red-haired petite actress..." https://www.nytimes.com/.../nancy-walker-69-of-rhoda-and... 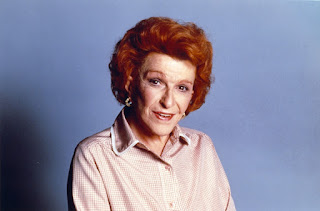 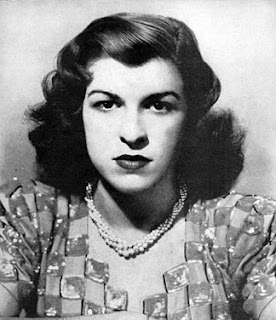 Posted by Emanuela at 05:54 No comments: 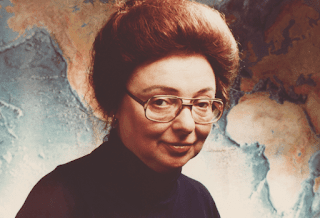 "With her red hair and tailored tweed suits, Marie Tharp reminded a lot of people of Katharine Hepburn.."
https://www.nytimes.com/2006/12/31/magazine/31Tharp.t.html
Oceanographer Bill Ryan described her as "a flaming redhead with a wide smile."
https://news.climate.columbia.edu/2020/07/27/marie-tharp-maps-legacy/

(Google Doodle dedicated to Tharp, showing
her at work with her red hair)
Posted by Neil at 09:46 No comments:

Cara Williams (born Bernice Kamiat; 1925 – 2021). American film and television actress. She was best known for her role as Billy's Mother in The Defiant Ones (1958), for which she was nominated for the Academy Award for Best Supporting Actress, and for her role as Gladys Porter on the 1960–62 CBS television series Pete and Gladys, for which she was nominated for the Emmy Award for Best Lead Actress in a Comedy.

Williams married Alan Gray in 1945; they had a daughter, Cathy Gray, but the marriage ended after two years. Williams then married John Drew Barrymore in 1952. The marriage was troubled and they divorced in 1959. Their son, John Blyth Barrymore, is a former actor. Her third husband was Los Angeles real-estate entrepreneur Asher Dann; the couple remained together until his death in 2018, aged 83.
- "They both possessed red hair and the ability to contort their faces to comedic effect..." https://www.nickiswift.com/.../the-tragic-death-of-the.../
- "On her lunch hour, Cara is told by a wig salesman that her natural red hair should be replaced by a brunette wig, which Cara ultimately purchases." https://www.paleycenter.org/collection/item/?q=jack&p=203...
- "Her red hair and colorful costumes also looked great in Technicolor." https://thetinseltowntwins.wordpress.com/.../rip-cara.../
- "Her comedic flair and red hair drew comparisons with Lucille Ball." https://www.amiannoying.com/(S(t3mhpspzaaa2vwv3fmvexost))/view.aspx?ID=53509 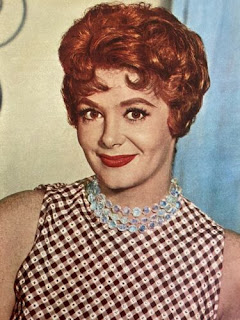 Posted by Emanuela at 06:46 No comments:

A member of the Neapolitan branch of the House of Trastamara, her life was characterised by the political crises surrounding the Italian Wars. Isabella often found herself torn between her native Kingdom of Naples and her marital home of the Duchy of Milan, causing her to suffer personal and political difficulties. After a disastrous marriage and lack of support in Milan, she received the Duchy of Bari as her personal property. This change in circumstances gave Isabella the opportunity to form her own court as well as build up political support and security against the ongoing wars. These reforms along with her interest in arts and literature, resulted in Bari undergoing revival and refurbishment. During this period, she also concentrated on the education of her daughter Bona, who became Queen of Poland.
She was the second child of Alfonso, Duke of Calabria (who became King of Naples in 1494) and his wife, Ippolita Maria Sforza.
The only daughter from her parents' marriage, Isabella had two brothers: the elder was Prince Ferdinand (who would succeed their father to throne in 1495 but died one year later in October 1496) and the younger was Prince Piero (who was Lieutenant General of Apulia and Prince of Rossano, but died young of an infection following leg surgery on 17 February 1491). The siblings were raised alongside their cousins, the children of Eleanor of Naples, who included Isabella and Beatrice d'Este. Isabella had a particularly close relationship with the latter, developing into something of a sisterhood.
In 1480 she married her first cousin Gian Galeazzo Sforza, heir of the Duchy of Milan. They had four children: Francesco (1491-1512), Ippolita (1493-1501), Bona (1494, 1557, who became queen of Poland) and Bianca (1495-1497).
Isabella's appearance is somewhat disputed, due to the scarcity of her certain portraits. Some contemporaries describe her as particularly ugly.
She has also been suggested as the subject of da Vinci's Mona Lisa.
Here are some possible portraits of Isabella. For more information, see here.

Posted by Emanuela at 02:59 No comments:

Dame Nellie Melba (born Helen Porter Mitchell; 1861 – 1931). Australian operatic soprano. She became one of the most famous singers of the late Victorian era and the early 20th century, and was the first Australian to achieve international recognition as a classical musician. She took the pseudonym "Melba" from Melbourne, her home town.

Melba studied singing in Melbourne and made a modest success in performances there. After a brief and unsuccessful marriage, she moved to Europe in search of a singing career. Failing to find engagements in London in 1886, she studied in Paris and soon made a great success there and in Brussels. Returning to London she quickly established herself as the leading lyric soprano at Covent Garden from 1888. She soon achieved further success in Paris and elsewhere in Europe, and later at the Metropolitan Opera in New York, debuting there in 1893. Her repertoire was small; in her whole career she sang no more than 25 roles and was closely identified with only ten. She was known for her performances in French and Italian opera, but sang little German opera.
During the First World War, Melba raised large sums for war charities. She returned to Australia frequently during the 20th century, singing in opera and concerts, and had a house built for her near Melbourne. She was active in the teaching of singing at the Melbourne Conservatorium. Melba continued to sing until the last months of her life and made a large number of "farewell" appearances. Her death, in Australia, was news across the English-speaking world, and her funeral was a major national event. The Australian $100 note features her image.
- "Neither depicts the young Melba, with the electricity of her auburn hair and lively eyes, her majestic profile and frank mouth..." https://mahlerfoundation.org/.../contempora.../nellie-melba/
- "You cannot tell from the black and white images here that this lady had auburn hair nor that she was highly spirited with sparkling eyes..." https://www.pittwateronlinenews.com/dame-nellie-melba-at... 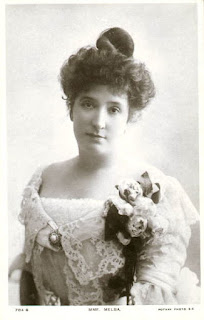 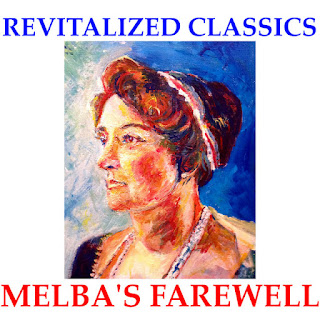 Posted by Emanuela at 07:56 No comments:

- "During his four-year international career as a runner, Chataway, nicknamed the Red Fox because of his ginger hair..." https://www.theguardian.com/.../19/sir-christopher-chataway
- "... with 300 metres to go, three men charged past him - the red-headed Christopher Chataway of Great Britain..." https://www.theguardian.com/.../nov/23/guardianobituaries
- "Chataway, his red hair bouncing with each jaunty stride, moved into the lead." https://books.google.it/books?id=fs7PCwAAQBAJ&pg=PT167... 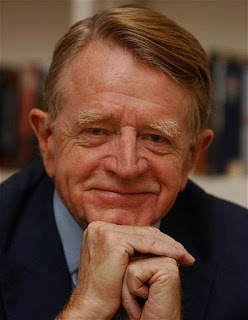 Posted by Emanuela at 02:48 No comments: