Clarence Shepard Day, Sr. (1844 - 1927, stockbroker), Lavinia Day (born Stockwell,1852-1929) and their sons Clarence Shepard Day, Jr. (1874 – 1935, writer), George Parmly (founder of the Yale University Press), Whitney and Harlan.
Lavinia Day's four brothers Brutus, Levi, Alden and Norris Stockwell.
Clarence Day, Jr,'s most famous work is the autobiographical Life with Father (1935), which detailed humorous episodes in his family's life, centering on his domineering father, during the 1890s in New York City. Scenes from the book, along with its 1932 predecessor, God and My Father, and its 1937 sequel, Life with Mother, published posthumously, were the basis for the 1939 play by Howard Lindsay and Russel Crouse, which became one of Broadway's longest-running non-musical hits. In 1947—the year the play ended on Broadway—William Powell and Irene Dunne portrayed Day's parents in the film of the same name, which received Oscar nominations for cinematography, art direction, musical score and best actor (Powell). Life with Father also became a popular 1953–1955 television sitcom.

- "... he had a club foot and I had about the brightest red hair a boy could have. There was red hair on both sides of my family [...] Then my little brothers, one by one, started coming to school too, and they were all red-headed."  https://books.google.it/books…

- "All four brothers were lively by nature--athletic, red-headed men... Father was athletic and lively, and he had red hair too.... If Mother had ever heard of this she wouldn't have waited a second, she'd have pinned a big hat on her own wavy red hair right away,"  http://gutenberg.net.au/ebooks06/0608441h.html

Posted by Emanuela at 06:57 No comments:

Pearl Louis Bergoff (1876 – 1947). American strikebreaker, the most notable professional strikebreaker of the mid-1930s.

- "During this time, Bergoff assumed the title 'Red Demon', which, he claimed to the Post, came from 'my red hair and reputation in strikes'".  https://books.google.it/books…

- "Last week in Manhattan, red-headed Strikebreaker Bergoff told the National Labor Relations Board some of the things..." http://content.time.com/…/mag…/article/0,9171,757061,00.html

- "Newspapers, however, dubbed him the “Red Demon,” because of the bright-red hair he usually kept covered under a jet-black derby, and because of his malevolence as a “labor adjustor.”  http://cafepinfold.com/standard-oils-aliens-strike-an-essay/ 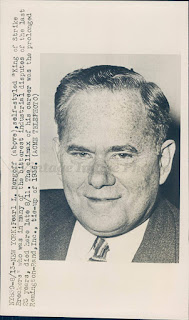 Posted by Emanuela at 05:36 No comments:

Kenneth Jesse Tobey (1917 – 2002). American stage, film, and television actor, who performed in hundreds of productions during a career that spanned more than half a century, including his role as the star of the 1957-1960 Desilu Productions TV series Whirlybirds.

- "Kenneth Tobey probably has the reddest hair in the world." https://www.newspapers.com/clip/5718124/the_paris_news/

- "His red hair was also spotted in many other sci-fi films." http://airportjournals.com/whirlybirds-background/

- "Tobey's small role in director Howard Hawks' comedy "I Was a Male War Bride" in 1949 so impressed Hawks that when he was producing "The Thing," he cast the red-haired actor."  https://webcache.googleusercontent.com/search…

- "Craggy faced and red-headed, the actor Kenneth Tobey made nearly 100 films and was a prolific player on stage and television." https://www.independent.co.uk/…/o…/kenneth-tobey-123341.html 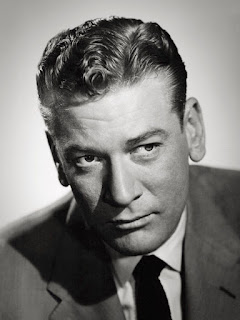 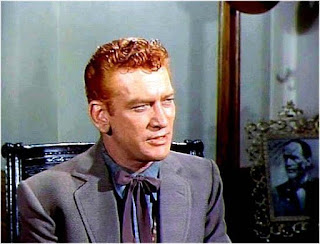 Signe Hasso (born Signe Eleonora Cecilia Larsson, 1915 – 2002). Swedish actress, writer and composer.
She performed on stage and in film in Sweden. In 1933, she made her first film, Tystnadens hus, with German film director/cameraman Harry Hasso, whom she married the same year. They had a son by the time she was 19. They divorced in 1941.
In 1940, she moved to the United States, where she signed a contract with RKO Pictures, who promoted her as "the next Garbo". With few RKO roles forthcoming, she turned to the stage to make a living. According to the Internet Broadway Database, she appeared in five Broadway productions, beginning with Golden Wings (1941). In the mid-1940s, she signed with Metro-Goldwyn-Mayer. Her first role of note was in Heaven Can Wait (1943). During the 1940s, she appeared in The Seventh Cross (1944), Johnny Angel (1945), The House on 92nd Street (1945), A Scandal in Paris (1946), and A Double Life (1947). Her favorite role was as the ex-wife of an actor driven mad, played by Ronald Colman, in A Double Life. By the 1950s, her Hollywood career had stalled.
In 1957, her son and only child was killed in a car accident. From then on, she divided her time between making films in Sweden and acting on stage in New York until she returned to Hollywood in the 1960s. She also acted on television, making guest appearances in several popular TV series, including Route 66, Bonanza, The Outer Limits, The Green Hornet, Cannon, Starsky and Hutch, The Streets of San Francisco, Quincy, M.E., Magnum, P.I., Trapper John, M.D. and Hart to Hart.
In her later years, Hasso worked as a songwriter and writer and translated Swedish folk songs into English. 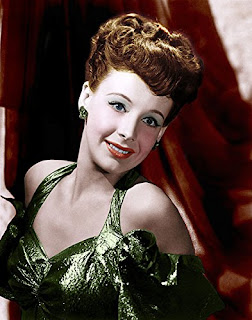 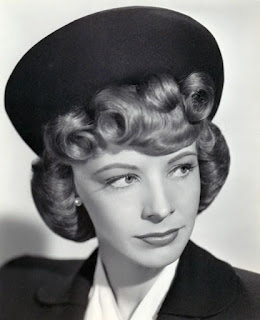 Posted by Emanuela at 02:37 No comments: 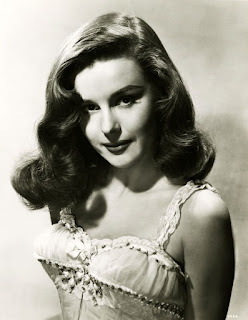 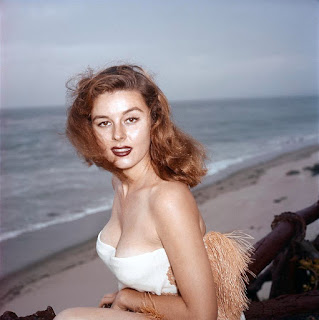 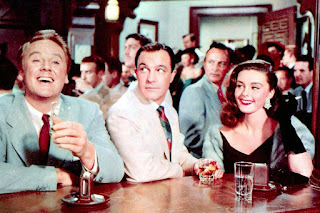 Posted by Emanuela at 01:13 No comments:

Lucille Bremer (1917 – 1996). American film actress and dancer.
Arthur Freed discovered Lucille when she was working in a nightclub doing a specialty dance act, and decided to cast her as Rose Smith in Meet Me in St. Louis, and began building up her career which never really took off despite being put in three big musical productions at MGM. When she married, she decided to retire.

- " A brief but beautiful little wave in the MGM musical pool during the mid-40s was lovely, classy, red-headed Lucille Bremer." https://www.imdb.com/name/nm0107082/bio

- "This red-haired Bette Davis look-alike was not only graceful in her onscreen Terpsichore..." https://www.famousfix.com/topic/lucille-bremer

- "Minnelli even got away with filming Garland in a deep red velvet dress beside red-haired Lucille Bremer..." http://cameralucida.net/test/index.php?option=com_content&view=article&id=238%3Avincente-minnelli-2&catid=11%3Acl-11&Itemid=12 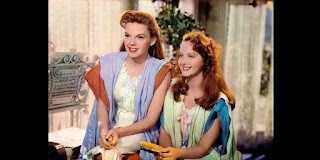 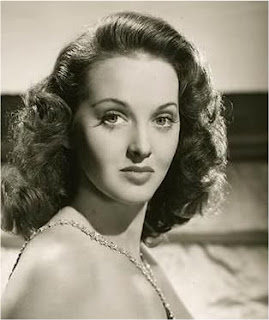 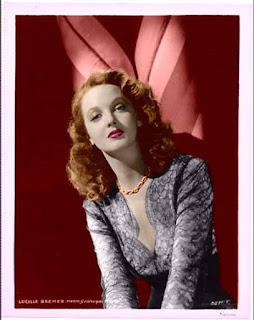 Posted by Emanuela at 01:36 No comments:

- "Jack was not close to his sisters, the twins Maude and Michelle, who had inherited their mother's delicate features and red-gold hair..."  https://www.worldcat.org/wcpa/servlet/DCARead… 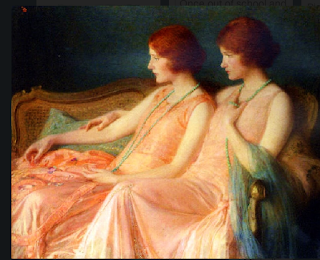 Patricia Helen "Pat" Kennedy Lawford (1924 – 2006). American socialite and the sixth of nine children of Rose and Joseph P. Kennedy Sr. She was a sister of President John F. Kennedy, Senator Robert F. Kennedy and Senator Ted Kennedy. She married English actor Peter Lawford in 1954, but they divorced in 1966.

- "Pat was tall and athletic, with auburn hair and lovely blue eyes." https://books.google.it/books… 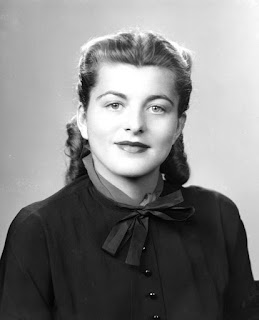 Posted by Emanuela at 03:05 No comments: 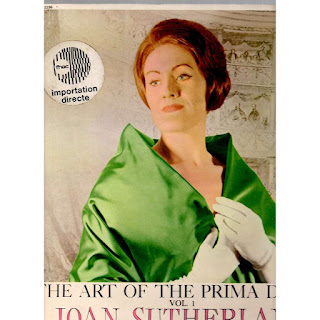 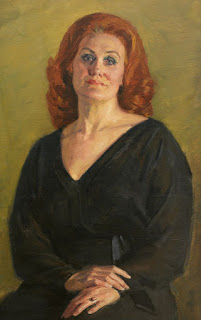 Posted by Emanuela at 02:17 No comments: 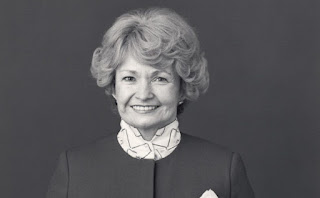 Posted by Emanuela at 01:53 No comments:

Walter Cecil Dowling (1905 –1977). United States Ambassador to West Germany from 1959–1963 and the US Ambassador to South Korea from 1956-1959.
Appointed a Career Ambassador in 1962, an operation cut short his career; in 1963, he retired from the Foreign Service.
After he left the State Department, he became Director-General of the Atlantic Institute, before returning to Mercer University and teaching political science.

- "... Adenauer never had much empathy with Dowling, a red-haired carreer diplomat."  https://books.google.it/books…

Posted by Emanuela at 01:35 No comments: 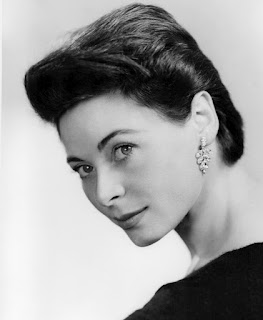 Posted by Emanuela at 06:33 No comments: 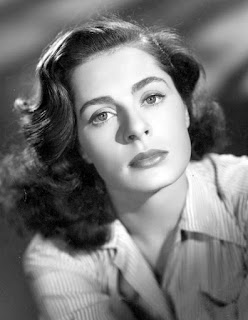 Nancy Coleman (1912 – 2000). American film, stage, television and radio actress. After working on radio and appearing on the Broadway stage, Nancy Coleman moved to Hollywood to work for Warner Bros. studios.
Memorable roles include playing the mistress to a Nazi (played by Helmut Dantine) in Edge of Darkness and co-starring with Paul Henreid in In Our Time. In the 1950s, Coleman began making guest appearances on television. She also played Anne Brontë in the film Devotion (1946) opposite Olivia de Havilland and Ida Lupino. 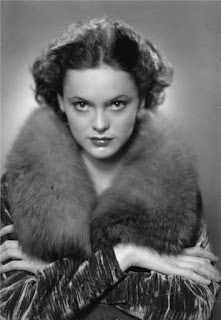