Elena Angela Verdugo (1925 – 2017). American actress who began in films at the age of five in Cavalier of the West (1931). Her career in radio, television, and film spanned six decades.

- "When CBS offered her the part of this dumb blonde, It meant she had to bleach her beautiful red hair... “I think nature knows best.” she continued, “and I think my auburn hair was a better contrast to my light skin." https://neglectedvenus.wordpress.com/2020/01/page/2/ 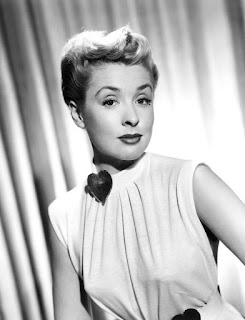 Allyson began her career in 1937 as a dancer in short subject films and on Broadway in 1938. She signed with MGM in 1943, and rose to fame the following year in Two Girls and a Sailor. Allyson's "girl next door" image was solidified during the mid-1940s when she was paired with actor Van Johnson in six films. In 1951, she won the Golden Globe Award for Best Actress for her performance in Too Young to Kiss. From 1959 to 1961, she hosted and occasionally starred in her own anthology series, The DuPont Show with June Allyson, which aired on CBS.
In the 1970s, she returned to the stage starring in Forty Carats and No, No, Nanette. In 1982, Allyson released her autobiography June Allyson by June Allyson, and continued her career with guest starring roles on television and occasional film appearances.
- "... the diminutive 5'1" (1.55 m), weighing less than 100 pounds, red-headed Allyson landed a chorus job in the Broadway show Sing out the News in 1938." https://en.wikipedia.org/wiki/June_Allyson 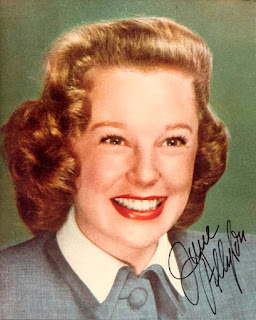 - "The petite, seductive and sassy Bradley, who never made a colour film, was a redhead but was frequently seen as a blonde." https://www.theguardian.com/.../08/grace-bradley-obituary
- "Specializing in hard-boiled roles, the redheaded performer was seen in such melodious musical films as Anything Goes (1936) and Wake Up and Live (1937)." https://www.fandango.com/.../grace-bradley-74164/biography 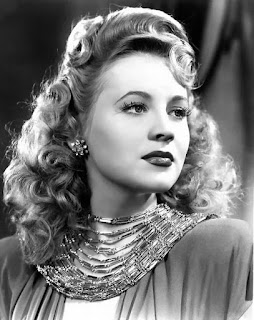 Posted by Emanuela at 03:31 No comments:

Katharine Brush (1902 – 1952). American newspaper columnist, short-story writer, and novelist. In the era of the 1920s-1930s, she was considered one of the country's most widely-read fiction writers, as well as one of the highest paid women writers of her time; several of her books were best-sellers, and several others were made into movies.

- "Katharine was described a small woman with dark red hair and an acquiline nose which she was said to deplore." http://www.eastliverpoolhistoricalsociety.org/redhead.htm 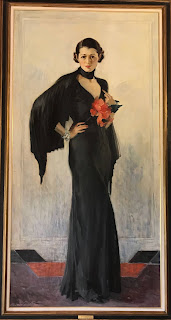 Posted by Emanuela at 10:03 No comments: