Grace Evelyn Gifford Plunkett (1888 – 1955). Irish artist and cartoonist who was active in the Republican movement. She married her fiancé Joseph Plunkett in Kilmainham Gaol only a few hours before he was executed for his part in the 1916 Easter Rising.
Her sister Muriel was married to another of the future leaders of the 1916 Easter Rising, Thomas MacDonagh.

- "The three sisters all had red hair and were very striking and beautiful and could not help but be noticed."  https://www.writing.ie/…/marita-conlon-mckennas-rebel-sist…/ 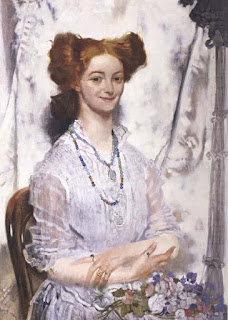 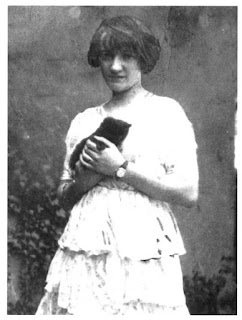 Posted by Emanuela at 06:30 No comments:

Wendy Barrie (born Marguerite Wendy Jenkins, 1912 – 1978). British-American film and television actress.
She made her screen debut in 1932 with the film Threads, which was based upon a play. She went on to make a number of motion pictures for London Films under the Korda brothers, Alexander and Zoltan, the best known of which is 1933's The Private Life of Henry VIII, in which she portrayed Jane Seymour.
In 1935 she moved to the United States and made her first Hollywood film for Fox opposite Spencer Tracy in the romantic comedy It's a Small World.
With the dawn of television, in the late 1940s, Barrie turned to roles in that medium. She is best remembered by U.S. audiences as host of one of the first television talk shows. The Wendy Barrie Show debuted in November 1948 on ABC, then ran on DuMont and NBC, ending its run in September 1950.
She was reportedly engaged to and had a daughter named Carolyn with the infamous gangster Benjamin "Bugsy" Siegel.


- "While still in her teens, she began pursuing a career as an actress, helped by her red-gold hair and blue eyes."   https://en.wikipedia.org/wiki/Wendy_Barrie 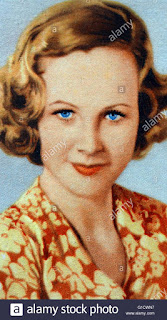 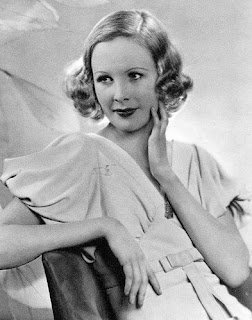 Posted by Emanuela at 06:13 No comments:

Jean Marie "Jeff" Donnell (1921 – 1988). American film and television actress.
She was signed to a contract by Columbia Pictures while she was active with the Farragut Playhouse in New Hampshire and she made her film debut in My Sister Eileen (1942).
She was not a major star, but she did have a lengthy film and television career in various supporting roles, including the role of Gidget's mother Dorothy Lawrence in Gidget Goes Hawaiian and Gidget Goes to Rome. She also played Hannah Marshall in the Gidget television series. She portrayed Mrs. Bennett in the TV series Julia and in 1966 she made five appearances on Dr. Kildare as Evelyn Driscoll. 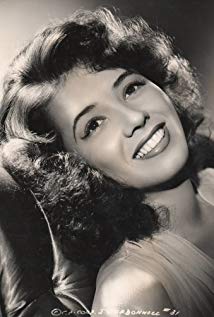 Posted by Emanuela at 09:08 No comments: