Flora Isabel MacDonald (1926 – 2015). Canadian politician and humanitarian. Canada's first female foreign minister, she was also one of the first women to vie for leadership of a major Canadian political party, the Progressive Conservatives. She became a close ally of Prime Minister Joe Clark, serving in his cabinet from 1979 to 1980, as well as in the cabinet of Prime Minister Brian Mulroney from 1984 to 1988. In her later life, she was known for her humanitarian work abroad. The City of Ottawa recognised MacDonald on July 11, 2018 by naming a new bicycle and footbridge (opening 2019) over the Rideau Canal the Passerelle Flora Footbridge.


- "... she stuck out among male MPs with her red hair, ready tongue and taste for wearing her clan tartan." https://www.telegraph.co.uk/…/Flora-Macdonald-politician-ob…

- "With her fair skin, red hair and prominent chin, MacDonald seemed an exotic creature in a lobby full of Nigerians." https://books.google.it/books… 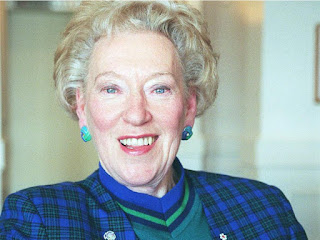 Posted by Emanuela at 09:18 No comments:

John Blair Jr. (1732 – 1800). American politician, Founding Father and jurist.
John Blair was one of the best-trained jurists of his day. A famous legal scholar, he avoided the tumult of state politics, preferring to work behind the scenes. But he was devoted to the idea of a permanent union of the newly independent states and loyally supported fellow Virginians James Madison and George Washington at the Constitutional Convention. His greatest contribution as a Founding Father came not in Philadelphia, but later as a judge on the Virginia court of appeals and on the U.S. Supreme Court, where he influenced the interpretation of the Constitution in a number of important decisions. Contemporaries praised Blair for such personal strengths as gentleness and benevolence, and for his ability to penetrate immediately to the heart of a legal question.
- "In appearance John Blair was about five feet ten inches in height, of an erect and imposing stature, with a full forehead, blue eyes, and a well-formed nose; hair inclining to be red, and an expression of sweetness and gravity which adhered to him through life." http://research.history.org/DigitalLibrary/view/index.cfm…
- "... surmonted by a bald forehead fringed with scanty locks of red hair, which fell over his ears." https://books.google.it/books… 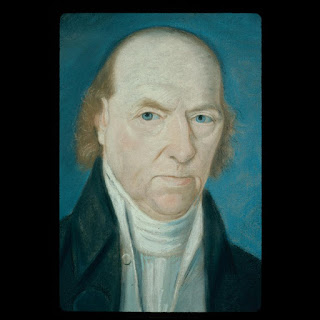 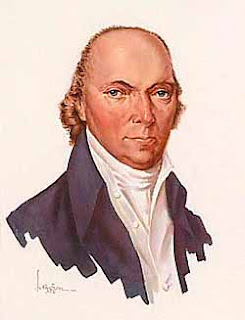 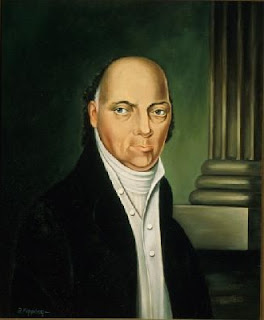 Posted by Emanuela at 07:20 No comments:

Sally Cary Fairfax (c.1730 – 1811). Wife of George William Fairfax (1729–1787), a prominent member of the landed gentry of late colonial Virginia. As such, she was mistress of the Virginia plantation and estate of Belvoir. She is well-remembered for being the woman George Washington was apparently in love with just before his marriage to Martha Dandridge Custis.

- "Sally was expert in dancing, and she dressed expensively, her auburn hair coiffed beautifully by her attendant." http://www.virginialiving.com/culture/the-lady-of-belvoir/

- "This girl, only seventeen, with head of red-brown hair, great intelligent eyes shaded by long, thick lashes, long rounded throat and beautifully modelled hands, arms and shoulders, had an intellect which far surpassed her husband's." https://www.gutenberg.org/files/30747/30747-h/30747-h.htm 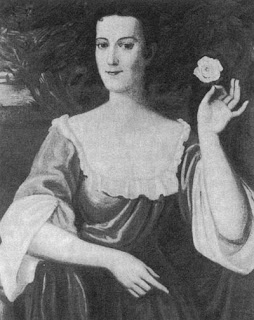 Posted by Emanuela at 10:25 No comments:

Albrecht Wenzel Eusebius von Wallenstein (1583 – 1634), also von Waldstein. Bohemian military leader and nobleman who gained prominence during the Thirty Years' War (1618–1648), in the Catholic side. His outstanding martial career made him one of the most influential men in the Holy Roman Empire by the time of his death. Wallenstein became the supreme commander of the armies of the Habsburg Emperor Ferdinand II and was a major figure of the Thirty Years' War.
An imperial generalissimo by land, and Admiral of the Baltic Sea from 21 April 1628, Wallenstein found himself released from service on 13 August 1630 after Ferdinand grew wary of his ambition. Several Protestant victories over Catholic armies induced Ferdinand to recall Wallenstein, who then defeated the Swedish king Gustavus Adolphus at Alte Veste and killed him at Lützen. Dissatisfied with the Emperor's treatment of him, Wallenstein considered allying with the Protestants. However, he was assassinated at Eger in Bohemia by one of the army's officials, with the emperor's approval.


- "Wallenstein was tall, thin and pale, with reddish hair, and eyes of remarkable brilliancy. He was of a proud and imperious temper, and was seldom seen to laugh." http://www.nndb.com/people/071/000103759/

- "He was tall, thin and pale, with red hair and eyes that were described as remarkably piercing." https://books.google.it/books… 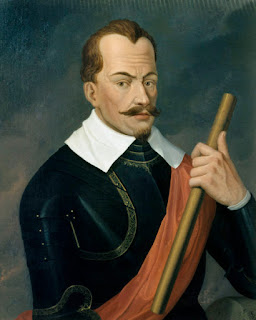 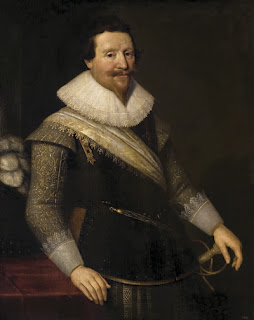 Posted by Emanuela at 01:57 No comments:

Susan Langstaff Mitchell (1866 – 1926). Irish writer and poet, known for her satirical verse. She was a friend of the Yeats family and John B. Yeats painted the portrait you can see below. She worked as a journalist and became assistant editor of the Irish Homestead and from 1923 she was sub-editor at the Irish Statesman.

- "The Titian-haired beauty, Susan L. Mitchell, described by W. B. Yeats as 'the nearest approach they have to a true poet', was friend of Lily Yeats, Seumas O'Sullivan and Constance Markiewicz." https://www.woodfield-press.com/rebel.htm

- "She grew up a beautiful girl with curly red hair..." https://books.google.it/books… 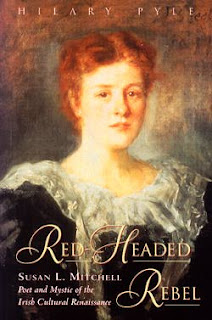 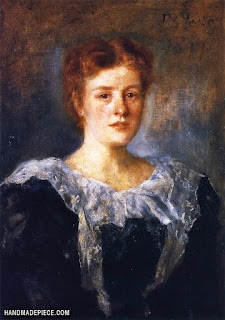 Posted by Emanuela at 02:46 No comments:

James Charles Napier Webb (1946 – 1980). Scottish historian and biographer. He is remembered primarily for his books The Harmonious Circle, The Occult Underground and The Occult Establishment.
In 1980 his important biography of G. I. Gurdjieff, titled The Harmonious Circle, was published. He spent 8 years researching the book, making contacts with the Gurdjieff community worldwide. The New York Review of Books described Webb's research and knowledge of the subject as "extremely comprehensive" and Mistlberger described the book as "scholarly and occasionally gossipy" with Webb being "unquestionably a sincere researcher" who became "deeply involved in the matter of his subject" while remaining "fundamentally an outsider, an investigative journalist". Tamdgidi wrote that, amongst all the biographers of Gurdjieff, "only Webb claimed to have been independent and outside the circle of Gurdjieff's followers", and in 2004, in Inventors of Gurdjieff, Paul Beekman Taylor described The Harmonious Circle as "the first systematic biographical account by a writer who hadn't known Gurdjieff personally". Webb established that Gurdjieff's writings revealed substantial evidence of familiarity with the languages and cultures of central Asia, but Webb regarded Gurdjieff more as a self-taught innovator than a member of an esoteric Asiatic group, and, although seeing some of its forms having derived from Asia, saw the content of his teachings deriving from western occult traditions.

- "The reaction brought up with it from the depth of memory the visual image of a tall, spare young figure eight years back, red hair flaring in the sea wind..." https://www.joycecollinsmith.co.uk/…/an-appreciation-of-jam… 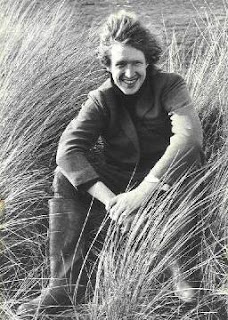 Posted by Emanuela at 08:16 No comments: