Sir Morell Mackenzie (1837 – 1892). British physician, one of the pioneers of laryngology in the United Kingdom.
In 1863 the Hospital for Diseases of the Throat in King Street, Golden Square, was founded, largely owing to his initiative, and by his work there and at the London Hospital Morell Mackenzie rapidly became recognized throughout Europe as a leading authority, and acquired an extensive practice. His reputation grew even more with the publication of three important books, which became the founding stones of the new specialty of laryngology. In 1887 Mackenzie was one of the founders of the Journal of Laryngology and Rhinology and of the British Rhino-Laryngological Association. 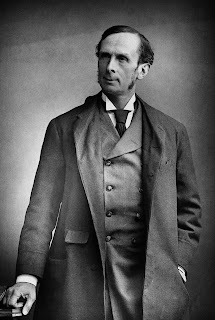