Eugene Barton Evans, professionally known as Gene Evans (1922 – 1998). American actor who appeared in numerous television series, made-for-television movies, and feature films between 1947 and 1989.
He specialized in playing tough guys such as cowboys, sheriffs, convicts and sergeants.

- "But one night a guy came to the theatre and said, 'I like your work and think I can get you work in pictures'. I had a red beard and red hair, and Republic had just gone to Trucolor ..."  https://www.imdb.com/name/nm0262775/bio?ref_=nm_ov_bio_sm


- "When he returned to acting, his ambition focused on the stage because, he later stated, he had red hair."  https://www.independent.co.uk/…/obituary-gene-evans-1154868…

- "... and his rugged appearance, red hair and gravelly voice earned him a variety of parts in about 85 movies and about the same number of TV shows."  https://books.google.it/books… 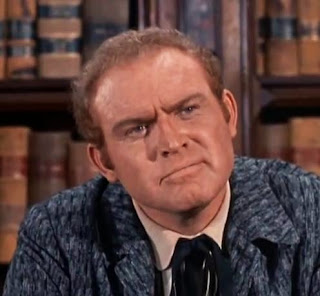