Olga Rudge (1895 – 1996). American-born concert violinist, now mainly remembered as the long-time mistress of the poet Ezra Pound, by whom she had a daughter, Mary.
A gifted concert violinist of international repute, her considerable talents and reputation were eventually eclipsed by those of her lover, in whose shade she appeared content to remain. In return, Pound was more loyal, not to say faithful, to her than to any of his many other mistresses. He dedicated the final stanza of his epic The Cantos to her, in homage and gratitude for her courageous and loyal support of Pound during his 13-year incarceration in a mental hospital after having been indicted for treasonous activities against the United States and in support of Benito Mussolini's Fascist regime. She also defended Pound against the accusation that he was anti-Semitic. During the last 11 years of Pound's life, Rudge was his devoted companion, secretary, and nurse, as he sank into eccentricity and prolonged silences.


- "In his dry acidulous manner, Montale replied "Sporco" and then launched into a long story about the American poet's "red-haired mistress"... https://www.independent.co.uk/…/obituary-olga-rudge-5622850…

- Line from a poem written by Pound to Olga: "... her red head a flask of perfume." https://publicism.info/biography/ezra_pound/21.html 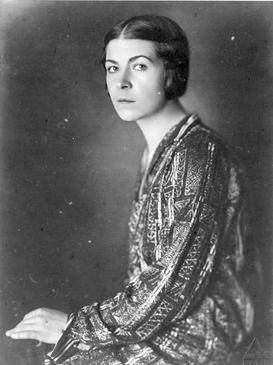