Juan Nepomuceno Cortina Goseacochea (1824 – 1894), also known by his nicknames Cheno Cortina, the Red Robber of the Rio Grande and the Rio Grande Robin Hood. Mexican rancher, politician, military leader, outlaw and folk hero. He was an important caudillo, military general and regional leader, who effectively controlled the Mexican state of Tamaulipas as governor. In borderlands history he is known for leading a paramilitary mounted Mexican Militia in the failed Cortina Wars. The "Wars" were raids targeting Anglo-American civilians whose settlement Cortina opposed near the several leagues of land granted to his wealthy family on both sides of the Rio Grande. Anglo families began immigrating to the Lower Rio Grande Valley after the Mexican Army was defeated by the Anglo-Mexican rebels of the Mexican State of Tejas, in the Texas Revolution.

- "Thus, Cortina's red hair..." https://books.google.it/books?id=YnUKT4f_fZQC&pg=PA319...
- "... such such derogatory nicknames as the “Rogue of the Rio Grande” and “The Red Robber,” (in reference to his red hair and beard)." https://bullersbackporch.wordpress.com/.../brownsville.../
- "Cortina, nicknamed Cheno, was slender, with reddish-blond hair and gray eyes." https://repository.si.edu/.../cfch_Deutsch_GregorioCortez...
- "... with a light complexion, reddish-brown hair, gray-green eyes and a striking red beard... Because of his red hair, he was sometimes refered to as The Red Robber of the Rio Grande." https://books.google.it/books?id=pylCDgAAQBAJ&pg=PA1... 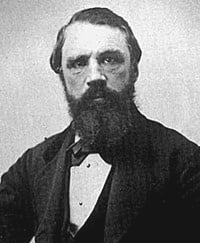