Quinn O'Hara (born Alice Jones, 1941 – 2017). Scottish-born American actress who starred in movies such as A Swingin' Summer and The Ghost in the Invisible Bikini.
In 1986, she married William Kirk, some two decades her junior. She became a U.S. citizen in 1992, and later became a nurse, known as Alice Kirk.

- "Quinn O'Hara may have been best known for her red hair and her good looks, although she was talented as an actress." http://mercurie.blogspot.com/…/05/quinn-ohara-passes-on.html

- "With her long red hair cascading over her shoulder, O’Hara memorably graced the Don Weis-directed drive-in favorite with the comically sultry “Don’t Try To Fight It Baby,” sung to a haunted suit of armor." https://deadline.com/…/quinn-ohara-dies-obituary-ghost-in-…/

- "A special thank you to the wonderful Quinn, who's still a red-haired gasser..." https://books.google.it/books… 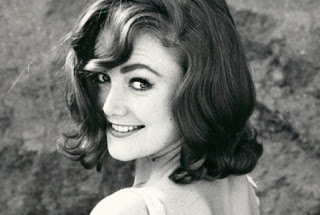 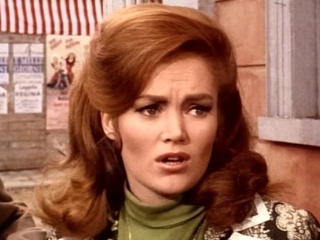