1419) Princess Elisabeth of Hesse and by Rhine

Princess Elisabeth of Hesse and by Rhine, later Grand Duchess Elizabeth Feodorovna of Russia (canonised as Holy Martyr Elizabeth Feodorovna; 1864 – 1918). German Hessian and Rhenish princess of the House of Hesse-Darmstadt, and the wife of Grand Duke Sergei Alexandrovich of Russia, the fifth son of Emperor Alexander II of Russia and Princess Marie of Hesse and by Rhine. She was also a maternal great-aunt of Prince Philip, Duke of Edinburgh, the consort of Queen Elizabeth II.
A granddaughter of Queen Victoria and an older sister of Alexandra, the last Russian Empress, Elisabeth became famous in Russian society for her beauty and charitable works among the poor. After the Socialist Revolutionary Party's Combat Organization assassinated her husband with a bomb in 1905, Elisabeth publicly forgave Sergei's murderer, Ivan Kalyayev, and campaigned without success for him to be pardoned. She then departed the Imperial Court and became a nun, founding the Marfo-Mariinsky Convent dedicated to helping the downtrodden of Moscow. In 1918 she was arrested and ultimately murdered by the Bolsheviks.
In 1981 Elisabeth was canonized by the Russian Orthodox Church Abroad, and in 1992 by the Moscow Patriarchate. 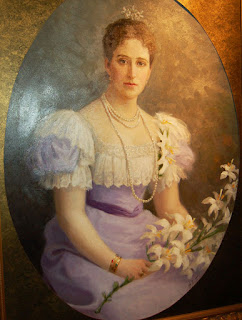 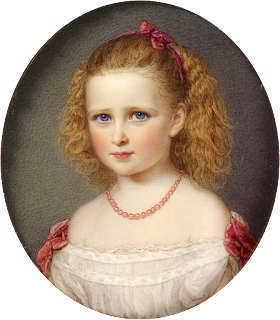 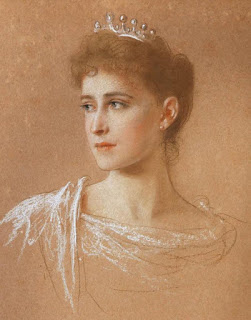