Maud Gonne MacBride (1866 – 1953). English-born Irish revolutionary, suffragette and actress. Of Anglo-Irish descent, she was won over to Irish nationalism by the plight of evicted people in the Land Wars. She also actively agitated for Home Rule.
She was a member of the magical organisation Hermetic Order of the Golden Dawn.
In 1903 she married John MacBride and the following year they had a son, Seàn. They separated in 1905. 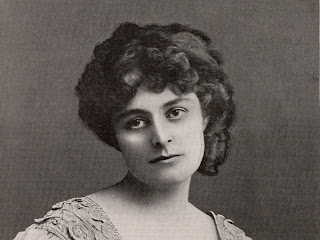