Julia Ward Howe (1819 – 1910). American poet and author, best known for writing "The Battle Hymn of the Republic". She was also an advocate for abolitionism and was a social activist, particularly for women's suffrage.
She attended lectures, studied foreign languages, and wrote plays and dramas. Howe had published essays on Goethe, Schiller and Lamartine before her marriage in the New York Review and Theological Review.
She was inspired to write "The Battle Hymn of the Republic" after she and her husband visited Washington, D.C., and met Abraham Lincoln at the White House in November 1861. During the trip, her friend James Freeman Clarke suggested she write new words to the song "John Brown's Body", which she did on November 19. The song was set to William Steffe's already-existing music and Howe's version was first published in the Atlantic Monthly in February 1862. It quickly became one of the most popular songs of the Union during the American Civil War.
She was the founder and from 1876 to 1897 president of the Association of American Women, which advocated for women's education and in 1908 che was the first woman to be elected to the American Academy of Arts and Letters, a society; its goal is to "foster, assist, and sustain excellence" in American literature, music, and art.
After her death, her children collaborated on a biography, published in 1916. It won the Pulitzer Prize for Biography.

- "He had some fanciful theories about the traits of character usually found in conjunction with red hair. As he and I were both distinguished by this feature, I was much pleased to learn from him that "the highest effort of nature is to produce a rosso." https://novelonlinefull.com/…/reminiscences_1819…/chapter_11

- "Visitors coming to see her mother would shake their heads and say "Poor little Julia! what a pity she has red hair!" https://www.juliawardhowe.com/

- "At an early age, the energies of this precocious, red-haired child were diverted to studies."  https://books.google.it/books…

- "... between strolls alongside the Pantheon and discussions of the character traits signified by their identical red hair..." https://books.google.it/books… 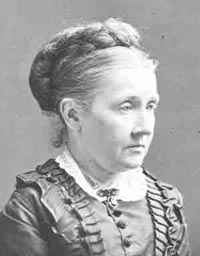 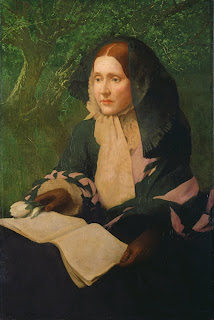