Lucy Christiana, Lady Duff-Gordon (née Sutherland; 1863 – 1935). Leading British fashion designer, who worked under the professional name Lucile. Sister of novelist Elinor Glyn.
The first British-based designer to achieve international acclaim, Lucy Duff-Gordon was a widely acknowledged innovator in couture styles as well as in fashion industry public relations. In addition to originating the "mannequin parade", a precursor to the modern fashion show, and training the first professional models, she launched liberating slit skirts and low necklines, popularized less restrictive corsets, and promoted alluring and pared-down lingerie.
Opening branches of her London house, Lucile Ltd, in Chicago, New York City, and Paris, her business became the first global couture brand, dressing a trend-setting clientele of royalty, nobility, and stage and film personalities. Duff-Gordon is also remembered as a survivor of the sinking of the RMS Titanic in 1912. She had another close call three years after surviving the Titanic, when she booked passage aboard the final voyage of the RMS Lusitania. It was reported in the press that she cancelled her trip due to illness. The Lusitania was sunk by a German torpedo on 7 May 1915.

- "Lucile was petite, with a pale complexion, and had red hair." https://www.fairobserver.com/…/pioneering-fashion-of-lady-…/

- "In 1919, at about 10 o'clock every morning, a striking woman with flame-red hair covered with flowing chiffon veils could be seen striding through the streets of Mayfair." http://fashion.telegraph.co.uk/…/Lady-Duff-Gordon-fashions-…

- "Little Lady Duff-Gordon, red-haired and intense with the enthusiasm of creative art..."  https://books.google.it/books… 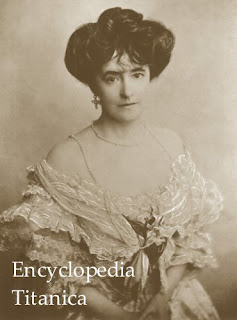 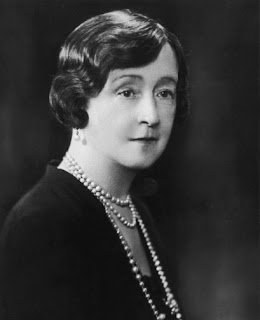