Ida Lupino (1918 – 1995). English-American actress, singer, director, and producer. She is widely regarded as one of the most prominent, and one of the only, female filmmakers working during the 1950s in the Hollywood studio system. With her independent production company, she co-wrote and co-produced several social-message films and became the first woman to direct a film noir with The Hitch-Hiker in 1953.
Throughout her 48-year career, she made acting appearances in 59 films and directed eight others, working primarily in the United States, where she became a citizen in 1948. She also directed more than 100 episodes of television productions in a variety of genres including westerns, supernatural tales, situation comedies, murder mysteries, and gangster stories. She was the only woman to direct episodes of the original The Twilight Zone series, as well as the only director to have starred in the show.
Lupino was born in Herne Hill, London, to actress Connie O'Shea (also known as Connie Emerald) and noted music hall comedian Stanley Lupino, a member of the theatrical Lupino family, a centuries-old theatrical dynasty dating back to Renaissance Italy.

- "She had auburn hair and violet eyes framed by half-inch-long lashes." https://www.nytimes.com/…/ida-lupino-film-actress-and-direc…

- "She let her bleached blonde hair return to its original auburn..."  https://shadowsandsatin.wordpress.com/…/ida-lupino-dont-me…/

- "... the teen star dropped her Paramount contract, scrubbed her face, reverted back to her natural auburn hair and went freelance." https://www.theguardian.com/film/2002/apr/22/artsfeatures2 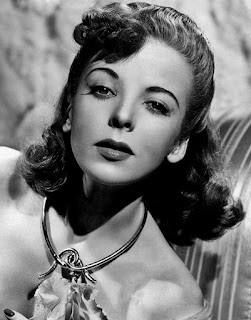 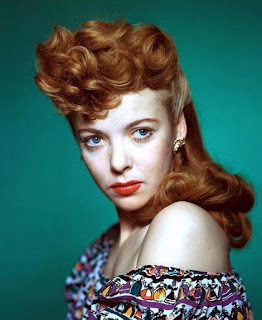