Van Johnson (1916 – 2008). American film and television actor and dancer who was a major star at Metro-Goldwyn-Mayer during and after World War II.

- "[...] made him a popular Hollywood star in the '40s and '50s, playing "the red-haired, freckle-faced soldier, sailor or bomber pilot who used to live down the street". https://en.wikipedia.org/wiki/Van_Johnson

- "Of Swedish extraction, he had ginger hair, blue eyes and an exceptionally pale skin, which freckled easily. His eyebrows and lashes originally photographed white, presenting an unnerving spectacle in colour which required special corrective make-up." http://www.telegraph.co.uk/…/obitu…/3759518/Van-Johnson.html 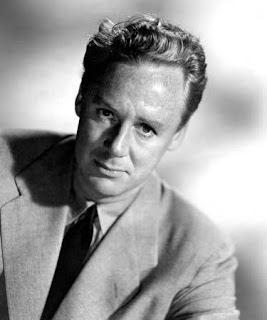