Margaret Nixon McEathron (1930 – 2016), known professionally as Marni Nixon. American soprano and ghost singer for featured actresses in movie musicals. She is now recognized as the singing voice of leading actresses on the soundtracks of several musicals, including Deborah Kerr in The King and I, Natalie Wood in West Side Story and Audrey Hepburn in My Fair Lady, although her roles were concealed from audiences when the films were released.
Besides her voice work in films, Nixon's career included roles of her own in film, television, opera and musicals on Broadway and elsewhere throughout the United States, performances in concerts with major symphony orchestras and recordings.
Mother of singer and musician Andrew Gold.

- "The red‐haired singer, who was married formerly to Ernest Gold..."  https://www.nytimes.com/…/marni-nixon-is-singing-for-hersel…

- "When Marni was seven, conductor Moldrem got a call from Republic Pictures, looking for a red-haired little girl who could play the violin. The outcome was Marni’s first film..."  https://masterworksbroadway.com/artist/marni-nixon/

- “She got out of her car with her red hair and they all screamed..."  https://www.thedailybeast.com/remembering-marni-nixon-the-i…

- "Such purported secrecy meant that the red-haired, blue-eyed Nixon..."  https://www.thetimes.co.uk/article/marni-nixon-p8n6cbxn9 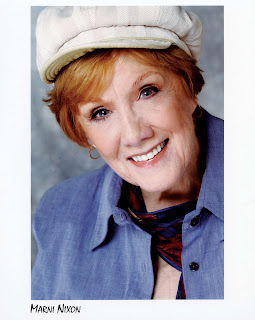