Andrew Maurice Gold (1951 – 2011). American singer, songwriter, musician and arranger. His works include the US Top 10 single "Lonely Boy" (1977), as well as "Thank You for Being a Friend" (1978) and the UK Top Five hit "Never Let Her Slip Away" (1978). He had further international chart success in the 1980s as the lead singer of Wax, a collaboration with English musician and songwriter Graham Gouldman.
Gold was a multi-instrumentalist who played guitar, bass, keyboards, accordion, synthesizer, harmonica, saxophone, flute, drums and percussion, and more arcane musical instruments such as ukulele, musette, and harmonium. He was also a producer, sound engineer, film composer, session musician, actor, and painter.
His mother was singer Marni Nixon and his father was Ernest Gold, an Austrian-born composer who won an Academy Award for his score for the movie Exodus.


- "He's got red hair like me, so there was no linguistics problem or anything. His is darker red, sort of like mine only darker red."  http://aln3.albumlinernotes.com/What_s_Wrong_With_This.html

- "An hour later, I was at a songwriter event at the Ryman, and out came the heavy set red-haired guy on stage -- Andrew Gold!"  https://forums.taxi.com/andrew-gold-a-very-belated-r-i-p-t1…

- A gifted multi-instrumentalist, the red-haired, freckle-faced Gold mastered virtually anything he touched..."  https://books.google.nl/books… 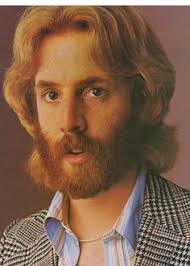