Italo Balbo (1896 – 1940). Italy's Marshal of the Air Force (Maresciallo dell'Aria), Governor-General of Libya, Commander-in-Chief of Italian North Africa (Africa Settentrionale Italiana, or ASI), and the "heir apparent" to Benito Mussolini.
After serving in World War I, Balbo became the leading Fascist organizer in his hometown of Ferrara. He was one of the four principal architects (Quadrumviri del Fascismo) of the March on Rome that brought Mussolini and the Fascists to power in 1922. In 1926, he began the task of building the Italian Royal Air Force and took a leading role in popularizing aviation in Italy, and promoting Italian aviation to the world. In 1933, perhaps to relieve tensions surrounding him in Italy, he was given the government of Italian Libya, where he resided for the remainder of his life. Balbo, hostile to anti-semitism, was the only leading Fascist to oppose Mussolini's alliance with Nazi Germany.
Early in World War II, he was accidentally killed by friendly fire when his plane was shot down over Tobruk by Italian anti-aircraft guns who misidentified his plane.


- "He also worried that his younger Fascist lieutenant, the red-haired “Iron Beard” Italo Balbo, would likely move on his own."  https://nationalinterest.org/…/plotting-and-planning-how-mu… 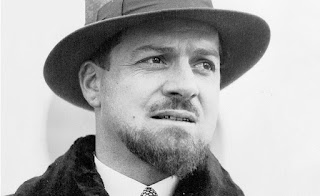