Mary Tudor, Queen of France (1496 - 1533). Third daughter of Henry VII, King of England and his queen Elizabeth of York. Sister of Margaret, Henry VIII and Arthur Tudor. She became the third wife of Louis XII of France, more than 30 years her senior. Following his death, she married Charles Brandon, 1st Duke of Suffolk.


"Mary was known for her beauty and was even said to be the most beautiful woman in England. The Venetian Ambassador described her as “a Paradise - tall, slender, grey-eyed, possessing an extreme pallor” and she was known to have long red hair." 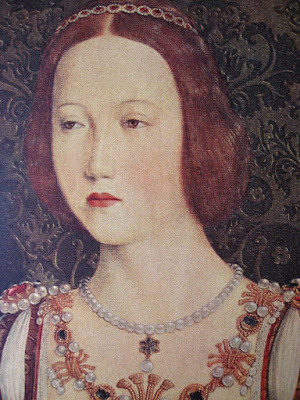 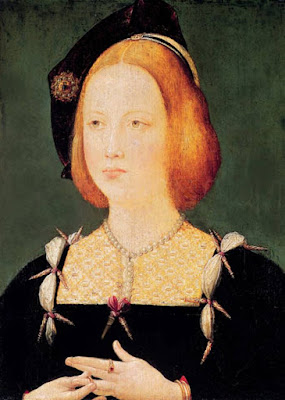 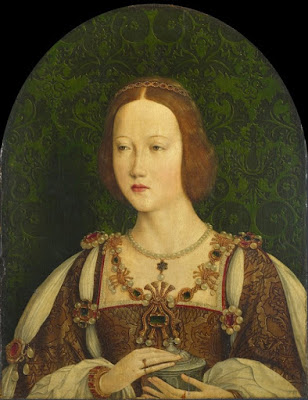