Josiah Royce (1855 – 1916). American objective idealist philosopher and the founder of American idealism.
Royce stands out starkly in the philosophical crowd because he was the only major American philosopher who spent a significant period of his life studying and writing history, specifically of the American West. “As one of the four giants in American philosophy of his time […] Royce overshadowed himself as historian, in both reputation and output” (Pomeroy, 2). During his first three years at Harvard, Royce taught many different subjects such as English composition, forensics, psychology and philosophy for other professors. Although he eventually settled into writing philosophy, his early adulthood was characterized by wide-ranging interests, during which he wrote a novel, investigated paranormal phenomena (as a skeptic), and published a significant body of literary criticism. Only as historian and philosopher did he distinguish himself.


- "When the University of California, in 1873, first opened its doors on the Berkeley campus, one of its entering students was a red-haired youth who had prepared for college in the San Francisco schools..." http://www.nasonline.org/…/bio…/memoir-pdfs/royce-josiah.pdf

- "As for Royce's red hair, it was much remarked on during his lifetime." https://books.google.it/books…

- "He was a sickly boy, short, freckled, with wild red hair; his mother did not allow him to play with the other children in the community." https://www.enotes.com/topics/josiah-royce

- "He had a colossal head, with great bulging temples. crowned with a shock of red hair." https://books.google.it/books… 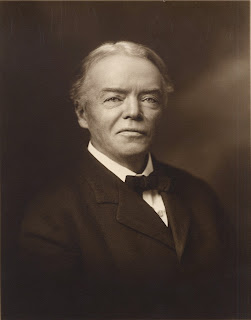