Janet Gaynor (born Laura Augusta Gainor; 1906 – 1984). American film, stage and television actress and painter.
By 1927, Gaynor was one of Hollywood's leading ladies. Her image was that of a sweet, wholesome, and pure young woman who was notable for playing her roles with depth and sensitivity. Her performances in 7th Heaven (directed by Frank Borzage), the first of 12 films she would make with actor Charles Farrell; Sunrise, directed by F. W. Murnau and Street Angel (directed again by Borzage), also with Charles Farrell, earned her the first Academy Award for Best Actress in 1929, when for the first and only time the award was granted for multiple roles, on the basis of total recent work rather than for one particular performance. This practice was prohibited three years later by a new Academy of Motion Picture Arts and Sciences rule. Gaynor was not only the first actress to win the award, but at 22, was also the youngest until 1986, when deaf actress Marlee Matlin, 21, won for her role in Children of a Lesser God.
Gaynor was one of only a handful of established lead actresses who made a successful transition to sound films. In 1929, she was reteamed with Charles Farrell (the pair was known as "America's favorite love birds") for the musical film Sunny Side Up. During the early 1930s, Gaynor was one of Fox's most popular actresses and one of Hollywood's biggest box office draws; in 1931 and 1932, she and Marie Dressler were tied as the number-one draw. After Dressler's death in 1934, Gaynor held the top spot alone. She was often cited as a successor to Mary Pickford, and was cast in remakes of two Pickford films, Daddy Long Legs (1931) and Tess of the Storm Country (1932).


- "Miss Gaynor captivated audiences with her red-haired beauty and portrayals of elegant but vulnerable women." https://www.washingtonpost.com/…/0c900734-45e8-4fa0-9aae-…/…

- " As it began I beheld its star, an incredibly beautiful woman with tightly curled auburn hair and large, expressive brown eyes. Something about her was more than a little familiar and I took a peek at the TV book. It was then that I learned her name – Janet Gaynor. " http://www.ginalobiondo.com/janet-gaynor/ 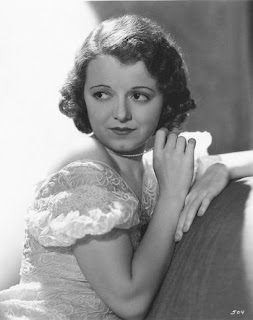 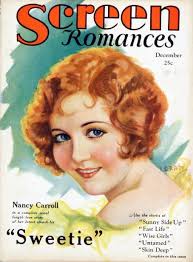 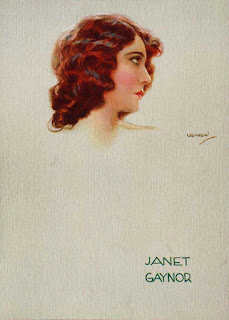