Friedrich Wilhelm Murnau (born Friedrich Wilhelm Plumpe; 1888 – 1931). German film director. Murnau was greatly influenced by Schopenhauer, Nietzsche, Shakespeare and Ibsen plays he had seen at the age of 12, and became a friend of director Max Reinhardt.
Murnau emigrated to Hollywood in 1926, where he joined the Fox Studio and made Sunrise: A Song of Two Humans (1927, starring George O'Brien, Janet Gaynor, and Margaret Livingston), a film often cited by scholars as one of the greatest of all time. Released in the Fox Movietone sound-on-film system (music and sound effects only), Sunrise was not a financial success, but received several Oscars at the very first Academy Awards ceremony in 1929. In winning the Academy Award for Unique and Artistic Production it shared what is now the Best Picture award with the film Wings.

- "As a performer, Wilhelm Plumpe was hampered by his height (nearly six-and-a-half feet) and his red hair, but he was a nascent genius." https://books.google.it/books…

- "He was the sort of person - with a shock of red hair and athletic body - who liked to ride in an open car." https://books.google.it/books…


- "He was very tall, six feet four or something, and very handsome, and he had red hair..." https://books.google.it/books… 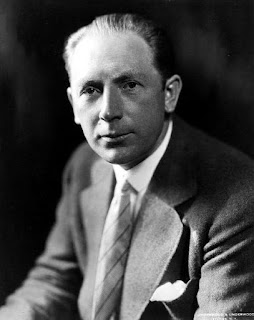