Elizabeth of York (1466 – 1503). Queen consort of England from 1486 until her death. As the wife of Henry VII, she was the first Tudor queen. She was the daughter of Edward IV and niece of Richard III, and she married the king following Henry's victory at the Battle of Bosworth which started the last phase of the Wars of the Roses. She was the mother of King Henry VIII, Margaret, Mary and Arthur.
Therefore, she was the daughter, sister, niece, wife, mother and grandmother of successive Kings and Queens of England.

- "Elizabeth of York was a renowned beauty, inheriting her parents' fair hair and complexion. All other Tudor monarchs inherited her reddish gold hair and the trait became synonymous with the dynasty." https://en.wikipedia.org/wiki/Elizabeth_of_York 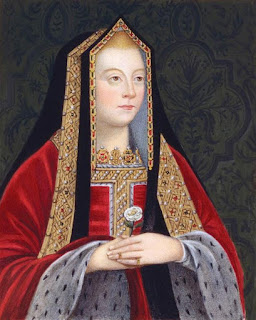 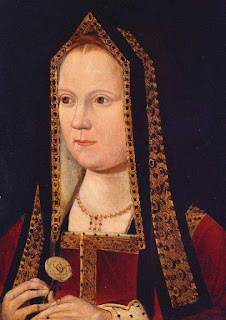