Paul Guihard (1931 – 1962). French-British journalist for Agence France-Press. He was murdered in the 1962 riot at the University of Mississippi while covering the events surrounding James Meredith's attempts to enroll at the all-white university. The only journalist known to have been killed in the backlash to the Civil Rights Movement, his murder remains unsolved.

- "Guihard may have stood out from the crowd due to his large frame, red hair and distinctive red goatee, and potentially his foreign accent."  https://en.wikipedia.org/wiki/Murder_of_Paul_Guihard


- "At one point, shaken, I called the White House to report that Paul Guihard, a red-haired French reporter, had been caught in the mob and killed."  https://www.cjr.org/the_feature/the_brave_and_the_few.php

- "A burly man with red hair and a red beard, Guihard was a copy editor in AFP's New York bureau when he was sent to Mississippi to cover the conflict surrounding desegregation, according to the book."  https://www.france24.com/…/20170930-new-book-recounts-murde…

- "Guihard, a large, red-haired, French-speaking man with a beard, would likely have stood out in the crowd."  https://www.justice.gov/…/…/paul-l-guihard-notice-close-file 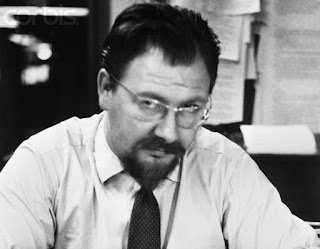