Arthur T. Cremin (1900 - 1985). Amerian violinist. In 1921 he founded the New York Schools of Music, which immediately became a successful and famous institution. He served as the director of the New York Music Schools and as the president of the American Creative League of Music Students for many years, and was a businessman as good as a musician. In 1937 he offered music lessons "on wheels“ in trailer trucks. He also wrote educational books on music, for example a graded violin method.

- "Years ago Cremin, a youth with a flaring shock of red hair, nailed up a sign above his Stanton street alcove offering music-lessons for the small sum of twenty-five cents."  https://www.tobias-broeker.de/rare-manus…/…/cremin-arthur-t/ 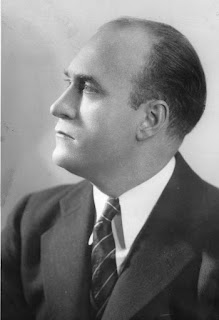