Caroline of Brunswick (Caroline Amelia Elizabeth; 1768 – 1821). Queen consort of the United Kingdom as the wife of King George IV from 29 January 1820 until her death in 1821. She was the Princess of Wales from 1795 to 1820.
The daughter of Charles William Ferdinand, Duke of Brunswick, and Princess Augusta of Great Britain, Caroline was engaged to her first cousin, George, in 1794 despite the two of them never having met. He was already illegally married to Maria Fitzherbert. George and Caroline married the following year but separated shortly after the birth of their only child, Princess Charlotte of Wales, in 1796. By 1806, rumours that Caroline had taken lovers and had an illegitimate child led to an investigation into her private life. The dignitaries who led the investigation concluded that there was "no foundation" to the rumours, but Caroline's access to her daughter was nonetheless restricted.
In 1820, George became King of the United Kingdom and Hanover. On the basis of the loose evidence collected against her, George attempted to divorce her by introducing the Pains and Penalties Bill to Parliament, but he and the bill were so unpopular, and Caroline so popular with the masses, that it was withdrawn by the Liverpool government. In July 1821, Caroline was barred from the coronation on the orders of her husband.


- "We might turn, if we need examples, to the poems he wrote about the red-haired Princess of Wales, Caroline of Brunswick... 'Ad Rufam, De Vita Nova' (To a Redhead, on her new life), published in Idyllia Erotica Decem..."  https://books.google.it/books…

- "... descanting on the elegance of her figure, style of dress, her intelligent eyes and light auburn hair..."  https://books.google.it/books… 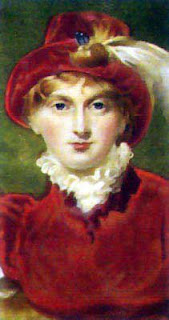 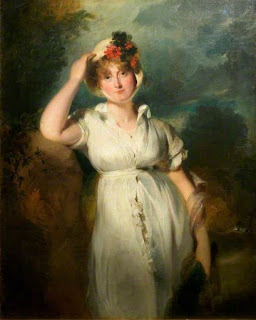 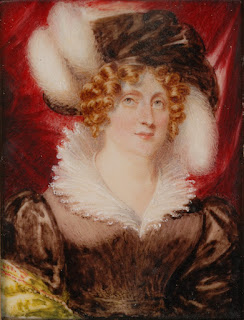 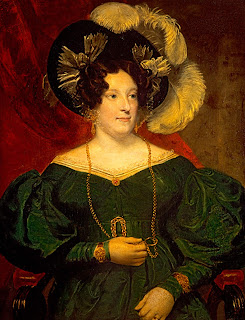