Mary Tyler "Molly" Ivins (1944 – 2007). American newspaper columnist, author, political commentator, and humorist. She began her journalism career at the Minneapolis Tribune where she became the first female police reporter at the paper. Ivins joined The Texas Observer in the early 1970s and later moved to The New York Times. She became a columnist for the Dallas Times Herald in the 1980s, and then the Fort Worth Star-Telegram after the Times Herald was sold and shuttered. The column was subsequently syndicated by Creators Syndicate and carried by hundreds of newspapers. A biography of Ivins, Molly Ivins: A Rebel Life, was co-written in 2010 by PEN-USA winning presidential biographer Bill Minutaglio and W. Michael Smith.


- "She was a striking figure, six feet tall with flaming red hair, with the ability to drink heartily and a mouth that would make a longshoreman blush."  https://moviecricket.net/…/review-raise-hell-the-life-and-t…

- "This six-foot, red-haired Texan found joy in reporting as one of the lone liberals in her deep-red state."  http://www.lbjlibrary.org/…/raise-hell-the-life-times-of-mo…

- "At almost six feet tall and with flaming red hair, Molly Ivins was hard to miss and is difficult to forget."  http://www.famoustexans.com/mollyivins.htm

- "Friends suggested she did it to be irreverent, to be cool, to be sure that people colud see the mane of red hair set against the less-than-girly coat."  https://books.google.it/books… 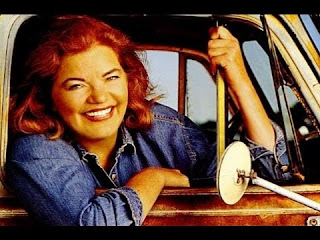