Simon Kenton (1755 – 1836). United States frontiersman and soldier in West Virginia, Kentucky and Ohio. He was a friend of Daniel Boone, Simon Girty, Spencer Records, Thomas S. Hinde, Thomas Hinde, and Isaac Shelby. He served the United States in the Revolution, the Northwest Indian War and the War of 1812. Surviving the gauntlet and ritual torture, in 1778 he was adopted into the Shawnee people. He married twice and had a total of ten children.
He was a friend and business associate of William Ward.

- "Over six feet tall, with long red hair, Kenton was a scout and woodsman as well as the settlers' friend."  https://www.nytimes.com/…/10/05/tra…/old-kentucky-towns.html

- "Simon Kenton was more than six feet tall and had long red hair, a massive man with an oversized personality."  https://books.google.it/books… 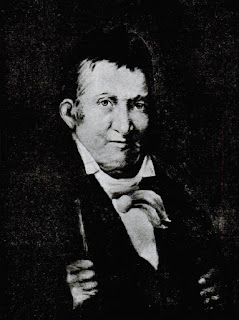