Penelope Gilliatt (born Penelope Ann Douglass Conner; 1932 – 1993). English novelist, short story writer, screenwriter, and film critic. As one of the main film critics for The New Yorker magazine in the 1960s and 1970s, Gilliatt was known for her detailed descriptions and evocative reviews.

- "... he could identify me downstairs in the lobby because I had red hair."  https://scrapsfromtheloft.com/…/vladimir-nabokov-interview…/

- "There was Penelope with her flaming red hair and Vincent in his tweeds."  https://books.google.it/books…

- "A vivacious, red-haired British writer who had once been married to the playwright John Osborne..."  https://books.google.it/books… 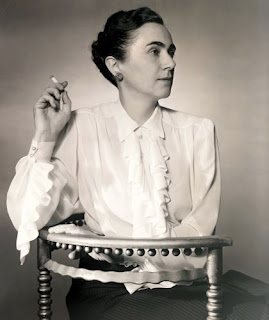