Mignon Good Eberhart (born Mignonette Good,1899 – 1996). American author of mystery novels. She had one of the longest careers (from the 1920s to the 1980s) among major American mystery writers.
In 1923, she married Alanson Clyde Eberhart and began writing short stories to combat boredom. Within several years, she had begun writing novels. In 1929, she published her first novel, The Patient in Room 18, which introduced her series character Nurse Sarah Keate and her boyfriend Detective Lance O'Leary.
By the end of the 1930s, Eberhart had become the leading female crime novelist in the United States and was one of the highest-paid female crime novelists in the world, next to Agatha Christie.
Sarah Keate, though popular as the protagonist of Eberhart's first five novels, proved to be the author's only series sleuth, making only a couple of appearances after the early 1930s. Instead, Eberhart wrote mostly "standalone" mysteries, something fairly unusual for a crime writer with such a large output. In 1929, when Eberhart introduced Sarah Keate, it was still relatively rare to have a female lead in novel-length "straight detective stories". The year after Eberhart's first novel was published, Agatha Christie wrote the first novel featuring her female detective, Jane Marple. 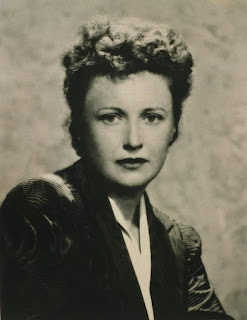